Trey Ratcliff left a career in technology to pursue photography and exploration. His new path has led him to far-flung places around the world, and we at SmugMug were lucky enough to follow him to Morocco and see the world through his eyes. Watch his approach to his unique vision in our latest SmugMug Film at the end of this interview.

In Trey’s pursuit to create images that portray the world with all the light and color he sees in it, he’s been met with praise and criticism across the Internet. And he’s learned to ignore it, choosing instead to create his art only for himself.

How would you describe what you do?

I try to make the real world look like it really does to me: a fantasy. When you start taking photos in a certain way or of a particular subject, you go into a fantasy spiral that allows you to see more “truth.” I look for that thin veil between fantasy and reality—that’s my favorite area. I explore the tension between what is real and what isn’t, because secretly, I feel like the world is a giant fictional projection. 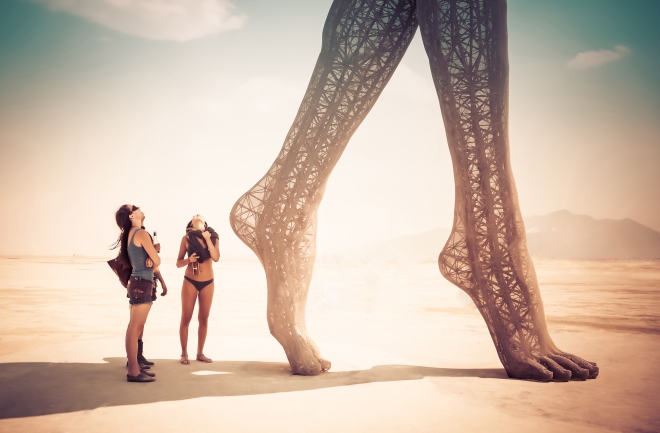 Tell us a bit about how you got started with photography.

I was born blind in one eye and with terrible vision in the other. I’m still blind in one eye, so I see the world in 2D. So I love to think about how to present a world that’s 3D in a 2D medium, like a photograph.

How does your partial blindness affect how you see the world?

One eye is more than good enough, and I call it The Gift! Every year we experience more of the world in 2D. Every month, in fact, we probably spend 1% more than the last staring at a phone or a laptop, which is 2D. We’re all learning to experience a 3D world in 2D—I’ve simply been doing that for 44 years. And that’s the challenge for all photographers, right? How do you successfully remove one dimension and still have a scene make sense?

I think the idea that you need to take a 2D photo of a 3D world really got me into HDR. It seems to me that “depth” is no more important to a scene than color or texture. Since you lose depth in a photo, I chose to make up for it with dramatic color and texture, which can do a lot to communicate the essence of a scene. 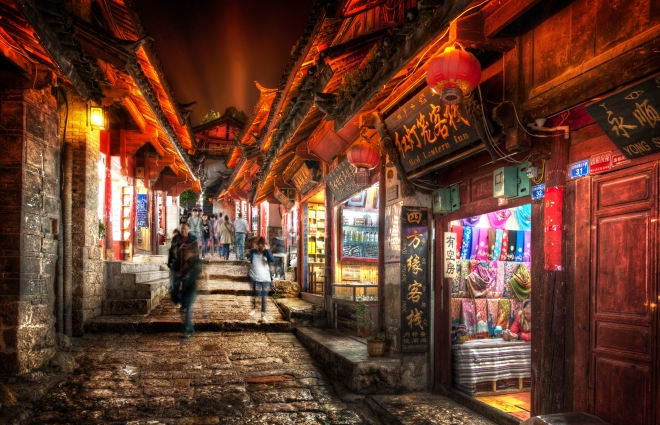 The philosophy of HDR is to use your camera to sweep through all the light available, dump the light into your computer, and then bend the light to your will. I love using technology to make beautiful things. It’s fun to break the rules—have fun with photos and find your own creativity through child-like exploration without rules.

My work became popular after I had the honor of having the first HDR photo ever to hang in the Smithsonian. That led to many more opportunities that I’m eternally grateful for. 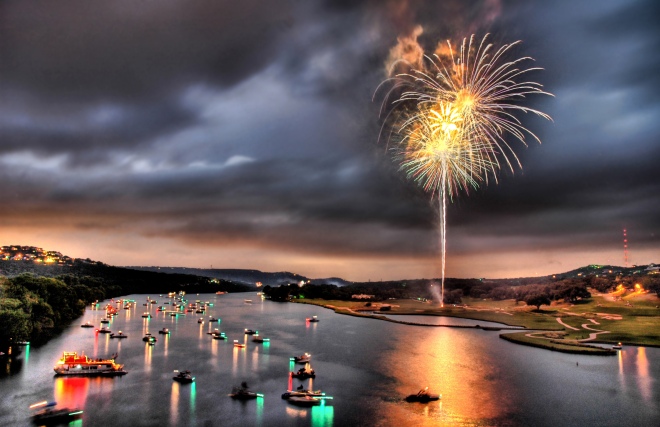 What were some of those opportunities?

One day Mark Zuckerberg sent me a note through Facebook Messenger. I thought it was a joke. He asked if I wanted to come into the Facebook offices and spend the day with him. We spent a day together and talked about photography and art. He was so curious. It was a nice conversation. That led to more things, including this fun new thing we’re doing now: a few live shows a week on Facebook as we travel across 6 continents in 6 months.

Another time I got an email from Sergey Brin asking if I wanted to come into Google X. He pulled up an old video I made in Japan; I’d had a crazy idea to shoot the world at 300 FPS (10x faster than normal) but play it back at 30FPS. The result was interesting, and I was trying to explain stuff I barely understood to Sergey and his Google X team! That got me involved with Google and many of their projects.

What work is most meaningful to you?

One of my most meaningful projects to me is the HDR tutorial I put together on my site. I never thought it’d be so popular. But I’ve found that sharing stuff I figured out along the way has been a great way to inspire others.

I used to think of myself as a “photographer,” and I still am, but I think I accidentally became a “teacher” as well. I have no formal training in teaching, but I don’t have any formal training in photography either! I figured it out along the way organically, and this became my teaching style.

What’s been your most challenging shoot to date?

Antarctica was very difficult. Camping on the mainland in the Dry Valleys was physically challenging, but it was rewarding, too. I felt lucky to fly on a CL-130 and land with skis on the sea ice. It was so amazing! I felt like a proper explorer from the olden days. 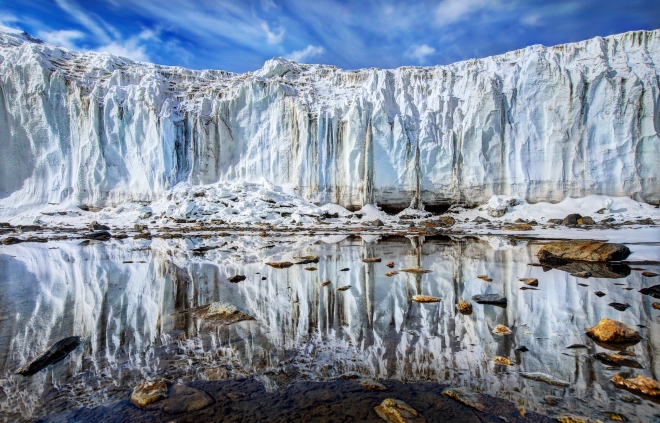 What are your gear “must haves?”

Currently, I’m between worlds. I’m mostly shooting with the new Hasselblad, but I have my Sony gear nearby and ready too!  A full list of all my gear is available here.

Do you shoot everything manually?

I shoot manually for maybe 30% of my shots. Everything else is aperture priority. That computer in the camera is really smart. With quick-changing lighting conditions, I let that computer decide the same thing I would have anyway.

What do you look for in terms of light and framing for your shots?

I prefer light that’s a bit confusing or dazzles the mind. If I’m surprised or transfixed by the light, it becomes a fun challenge to capture that feeling.

How you go about capturing that feeling?

I listen to a lot of strange ambient and electronic music. That helps my mind disconnect the visual from the audio. This makes everything dramatic, and it feels like I’m moving around a huge movie set to find the most interesting photo.

And what about for storing, selling, and sharing your images?

I like using SmugMug because of its beauty and flexibility. It’s almost scary how much you can change to make your website uniquely your own. I was able to make my site look exactly like I wanted without needing to do any code or scripting nonsense. It’s nice to know that when people come to my portfolio, they see things exactly the way I want them to see them.

SmugMug has also made organizing way easier for me. I have a lot of photos, and I’m constantly re-organizing them. The order is really important to me. It’s very fun and fast to re-order my albums and move files around folders. It’s also given me a chance to get in there and clean up all the clutter that’s happened over the years.

For sharing, I use SmugMug in the background for my main blog. My blog is hosted on my own server, and I embed my images directly from SmugMug so anyone clicking on a photo will be taken to my SmugMug site to view the large image. I looked at the stats, and we have over 160 million photo views on SmugMug for the year!  I also get asked a lot about my in-camera settings before processing, so I use SmugMug’s API to show the embedded EXIF information whenever someone rolls over a photo on my blog. Since SmugMug already stores that information, I can just use their API to pull the info and show it to my visitors. This way they know exactly what settings I used on my camera to capture a shot.

Any advice for those looking to pursue a similar path?

When I first started posting my photos on the Internet, I got a lot of hate and negative feedback. So my advice to you is if you get any kind of hate, fight back with awesome. You create yourself through your art. Take photos that are interesting to you that very few other people understand.

An artist creates for the sake of creation. Self-expression is one of the most natural things about all of us.

What about advice for capturing the image?

The key is to see 100 interesting things per day and take photos of all 100. Then, in your workflow, choose the best 1, 2, or 3. This process and workflow is an end in itself.

Before I got into photography, I once called an investor in a new company, Michael Heisley. He was a lovely man, and I‘m sad he’s passed. At one point in my late twenties, I offered to sell him additional stock because I really needed money and thought that would make me happy. He said, “Trey, money will not bring you happiness.” At the time, I didn’t see it, but it’s quite true. That was the first step to letting go of myself. I’ve gone on many struggling steps since then and I’m still going down whatever strange path there is in this universe. I’ll make a book suggestion, okay? “The Untethered Soul” by Michael Singer. Another great one is “A New Earth” by Eckhardt Tolle.

I get much more joy from pursuing my creativity in whatever direction it takes me. Find what you love and go after it. The right audience and support will find you as a result.

SmugMug View all posts by katherine@smugmug

12 thoughts on “SmugMug Films: Trey Ratcliff lights his own path”